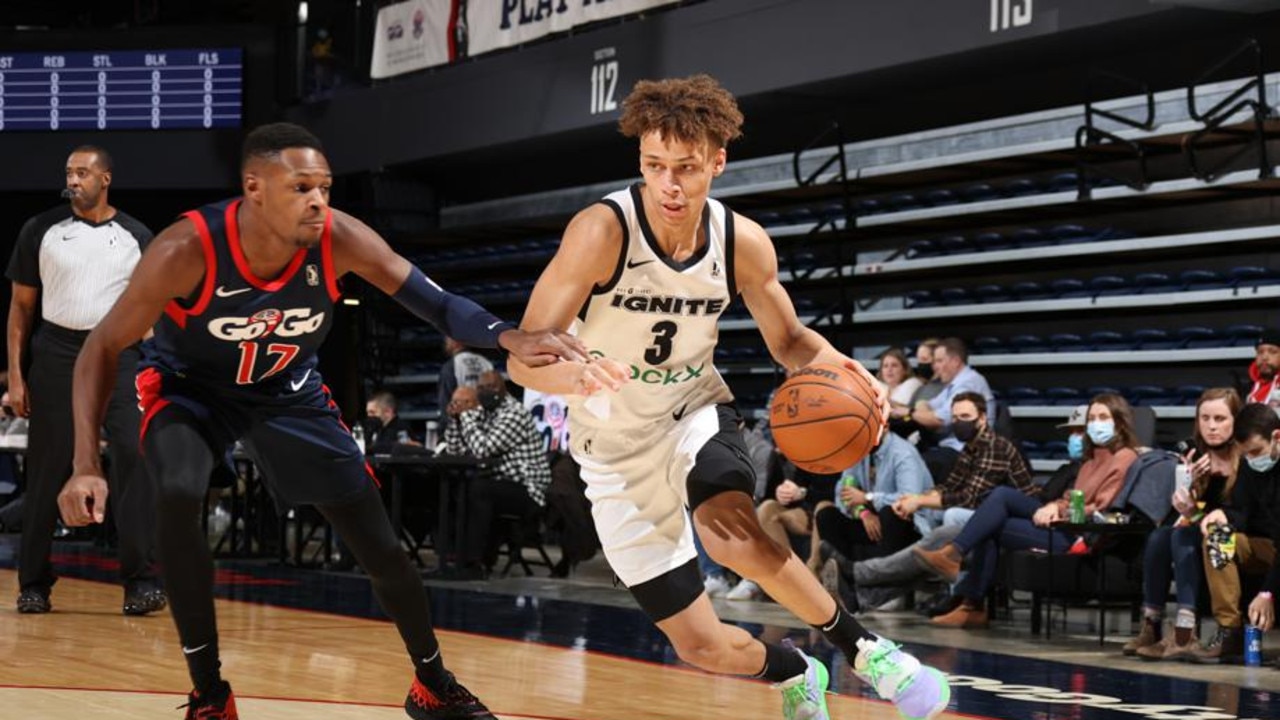 It was mid-May when the New York Post began really dialing in on a tall Australian guard out of the NBA G-League.

“The Knicks need a point guard after the Kemba Walker/Derrick Rose failure. And they need more of a defensive presence,” The Post’s Marc Berman wrote May 19.

Less than a week later, it was clear the Knicks, who picked at No. 11 in Friday’s NBA Draft, didn’t stand a chance.

Dyson Daniels, who was selected No. 8 overall by the New Orleans Pelicans on Friday, wasn’t going to fall that far.

“During these tough economic times, Dyson Daniels’ stock is one of the few rising,” Berman conceded just two weeks later.

He made sure he was that guy in the NBA Draft.

You know, the one who skyrockets up the draft board in a flash; from potential lottery pick to top-10 lock.

“It’s been a long process,” Daniels tells foxsports.com.au of a rise that didn’t happen overnight, even if it feels that way.

The 19-year-old out of Bendigo started really turning heads in the second half of the G-League season, before things truly changed at the NBA Combine.

In front of the league’s most important talent evaluators, Daniels did his thing.

And not just what he’s known for — his playmaking, defense, or athleticism — but, perhaps more importantly, he answered “the biggest question” surrounding his game.

“The Pro Day I shot the ball really well,” Daniels explains. “That was the biggest question about my game, whether I could shoot the ball well, get it up fast enough.”

It’s often said that the NBA is a make-or-miss league.

Put simply, he made enough to convince NBA front offices that his jump-shot was good enough.

By the time the NBA Combine was in the books, Daniels was getting top-five buzz after leading draft expert Jonathan Givony suggested the Aussie had the “most impressive” showing of any prospect.

DYSON DANIELS IS AUSTRALIA’S NEXT NBA TALENT. Here’s what you need to know

‘NEVER BEEN SOMEONE LIKE THIS’: How 213cm ‘unicorn’ who stunned Steph could reshape the NBA

From there, Daniels continued to impress in individual team workouts.

“I’ve had some really good workouts,” he says. “I think my versatility and my all-round game has helped me during this process, and teams are liking what they’re seeing.

“That’s the main thing – impressing who you need to impress.”

Daniels adds: “I showed them that I can play with the ball, without the ball. It helps, because teams want versatility, they want players who can play multiple positions.”

You could argue there’s never been a better time for a player like Daniels to enter the league.

A 6-and-very-nearly-8 foot guard, who can play on ball, off ball, and defend multiple positions is valuable for any franchise, and he’ll help fill the two-way void that was created in New Orleans when Lonzo Ball left.

“My best NBA-ready skill is my defense and being able to step on the floor, guard the best player and use my length, my size and my lateral quickness to cause trouble for players,” Daniels told reporters earlier in the week.

“Whatever a team needs, whether it be a point guard or a backup guard, playing off the ball – I feel like there is no weakness… I feel like I could definitely step on the floor and impact straight away.”

Daniels is the first to admit his jump-shot is a “work in progress”; he hit just 25 percent of his triples in the G-League where he battled adults rather than college athletes. But his mechanics are there. Along with a floater that’s league-ready, and the basketball IQ and frame that makes playmaking a whole lot easier against the best players in the world.

Daniels has compared his game to the likes of Tyrese Haliburton on offense, and Lonzo Ball or Alex Caruso on defense.

But what’s his ceiling?

“MVP of the league is the best Dyson Daniels. Rookie of the Year to start. Defensive Player of the Year.