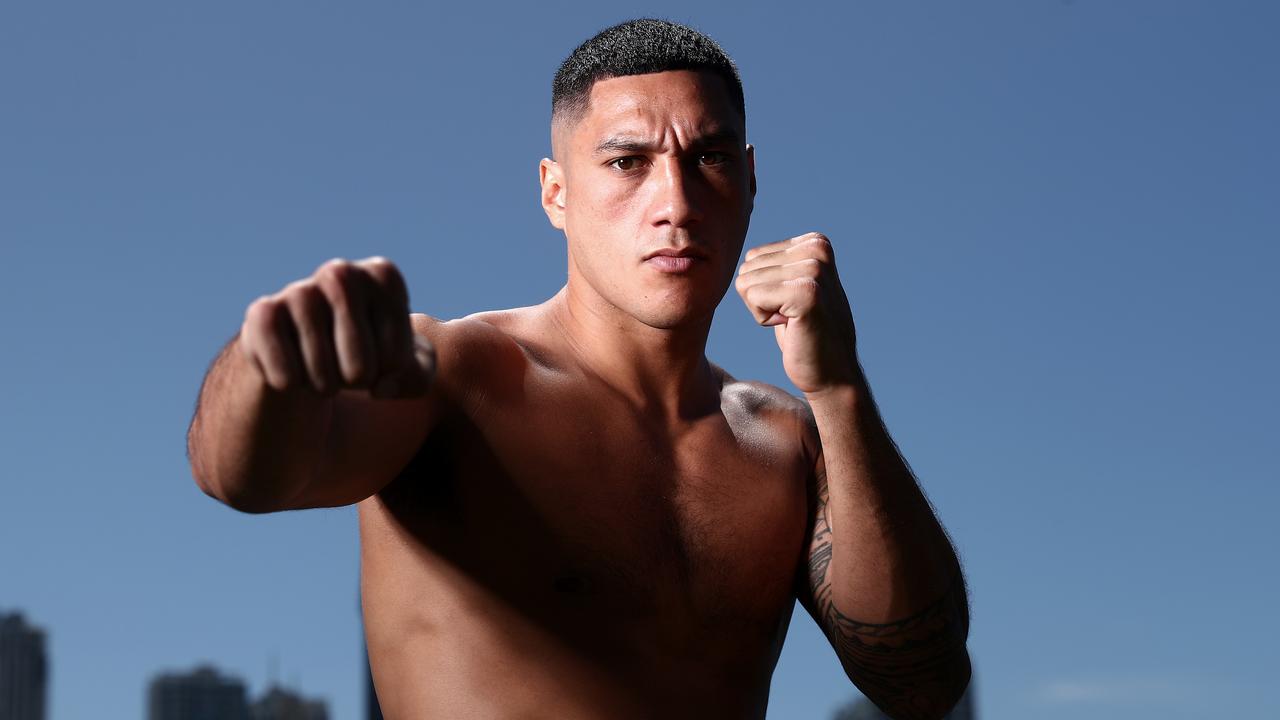 Less than a month after one Australian world champion fell, another home grown star has a chance to join one of the most illustrious clubs in the sport of boxing.

The only thing standing in the way is a Latvian machine who has lost just one fight in his career and that was to Oleksandr Usyk, the world heavyweight champion and one of the best pound-for-pound fighters on the planet.

On July 2, Jai Opetaia (21-0, 17KO) will take on Mairis Briedis (28-1, 20KO) for the IBF and The Ring cruiserweight titles at the Gold Coast Convention Center in what is just the second world title fight on Australian shores since Jeff Horn defended his WBO welterweight belt in December 2018.

With the two finally set to square off after several postponements, Opetaia’s promoter Dean Lonergan couldn’t be more excited about what’s to come.

“From a credibility point of view, it doesn’t get any bigger,” Lonergan told foxsports.com.au.

“Not only is Briedis the number one cruiserweight in the world, he’s also got The Ring magazine belt which is given only to very, very few people who achieve the absolute excellence in their division.

“With only one loss under his belt, which was by decision to Oleksandr Usyk, which was a southpaw and the same as Jai. This will be massive.

‘Life was really crumbling’: The personal hell that drove Aussie to ONE win from world title chance

“Jai’s going to go into this fight as a big underdog, but I think he’s going to come out with a win based on the way he’s been training and overcoming adversity.”

To get to this point, Opetaia has had to overcome serious battles.

The 26-year-old fought with a broken left hand for the past six years, but still managed to win every fight.

Despite Lonergan’s fears that his man wouldn’t be ready in time for July 2, Opetaia has proven him wrong and is chomping at the bit to get in the ring with Briedis.

On his way to the world title shot, Opetaia has gone to the judges’ scorecards just once in his last 16 fights such has been his dominance.

But it’s not the Gold Coast-based cruiserweight’s knockout power that has Lonergan waxing lyrical.

“Jai is incredibly powerful, but probably his greatest asset is not his punching power, but his chin,” Lonergan said.

“You’ve only got to ask the likes of Jeff Fenech who trained him for some time. I asked him what Jai’s chin is like and it’s like a chin of granite. He’s never seen him off his feet, never seen him even wobbled.

“I’ve seen Jai sparring guys that are 130kg and caught flush at times, and it doesn’t make any difference to him. Jai’s got a combination of good punching power but also a chin of granite.”

But there’s only so much a superhuman chin can do to keep you in a fight.

Against Briedis, Opetaia is taking a giant leap into the unknown.

Not only is Briedis his toughest test to date and a world champ, but he’s well and truly pushed himself outside of his comfort zone.

The Latvian, he’s fought in seven different countries and has won in every country he has competed in.

As for Opetaia, he has fought outside of Australia on just three occasions although he had plans for bigger fights overseas until Covid struck in 2020 and kept him landlocked.

Briedis is evidently well traveled and will rightly be the favorite in the Opetaia fight.

But what is it that makes him such a scary prospect?

“Briedis is a really interesting boxer because he does a whole lot of things really well, but he doesn’t do any one thing that stands out,” Lonergan said.

“He’s a complete boxer and I think you’ll find Jai’s in the same boat.”

If Briedis’ all-round ability isn’t enough to strike fear into the hearts of Opetaia’s staunchest supporters, then it is the highest of praise from Usyk that should have fans of the Aussie sweating.

In the fight between Briedis and Usyk, one judge scored the contest 114-114 while the other two had it scored 115-113 in favor of Usyk.

It’s the closest the heavyweight champ has ever come to losing in his almost-nine-year career and didn’t he know it.

“These are the 12 most difficult rounds I’ve ever had in my career,” Usyk said in his post-fight interview after defeating Briedis in 2018.

Betting markets haven’t been set just yet, but it would come as no shock to see Opetaia open as a heavy underdog.

Yet a win over Briedis wouldn’t just have Opetaia’s supporters making snow angels amid wads of cash.

It would also present him with a window of opportunity that only George Kambosos Jr. has done from the Australian boxing fraternity: unify his division.

Kambosos Jr. did that to the lightweights when he shocked the world by defeating Teofimo Lopez at Madison Square Garden in November last year before a comprehensive loss to Devin Haney at Marvel Stadium in June where he was left with none of his four belts.

Lonergan claims that bringing the cruiserweight division under his rule is Opetaia’s biggest motivation should he defeat his Latvian adversary.

“Jai has this desire that if he does win, he wants to unify as quickly as he can,” Lonergan said.

“I think the smarter option in the short term would be to fight one or two Australian cruiserweights. There’s some really good ones here like Jason Whateley or maybe even someone from New Zealand like a David Light who’s a world class cruiserweight.

“We just have to wait and see. Jai’s real wish and desire is to go overseas and fight someone and unify, maybe we’ll do that.”